Every year the Academy Awards draws the biggest and brightest stars to Hollywood. They come dressed in the finest designer wear, showcasing their figures, their personality and making statements with their designer choices. Armani, Vercace, Bob Mackie all are featured for the title of Best Dressed. The jewelry they wear, most of it rented from Harry Winston, Bulgari and Tiffany, is worth millions. The Swag Bags this year are valued at over $200,000 each. There will be a lot of money coming and going on the Red Carpet and it’s impossible to keep out the adoring fans and all the media. Let’s face it, that is what the celebrities are there for. We want to see them as much as they want to be seen. But with all that glamour and attention, the famous are also at risk. 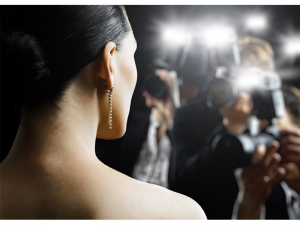 Each year the City of Los Angeles, the Academy and the promotors, spend millions on security to protect our celebrities against over-zealous fans, protesters, and terrorists. There are surveillance cameras around the Dolby theatre, local police and SWAT teams, a commercial security company called SIS, armed guards, body guards, and security check points- all designed to deter violence and attacks. Of course, we cannot know all the details; we don’t want to give the bad guys any advanced information on how to bypass the security. Some of the security is covert for obvious reasons. But in light of the recent attacks in Paris and San Bernardino, we cannot be too careful or take too many precautions. Some of the most well-loved people in the world will be attending this event. With all this preparation and planning, the only real benefit is to deter any would-be attacks. The authorities want to make the idea of doing something terrible as unattractive as possible with a real likelihood that any perpetrator would be caught.

This is not an easy task. The red carpet is out in the open, with the celebrities arriving and strutting their stuff, reporters interviewing the stars, and tons of distracting photography. The guards not only have to be vigilant in this arena, but also invisible to the cameras. No adoring fan wants to see their favorite star behind a crowd of body guards. And the celebs want as much exposure as possible. Tricky, tricky, tricky. And there is just as much hullabaloo after the event on their way to the big after party. This event is televised around the world, so it makes it a likely target for mischief or worse.

Take a lesson from the security for the stars and be proactive with your own personal safety. You can keep mace within reach when you are out and about, you can install an alarm system at your home or business and make sure you take simple steps, like lock your doors and use the buddy system at night. After all, you and your family is just as important as any celebrity.